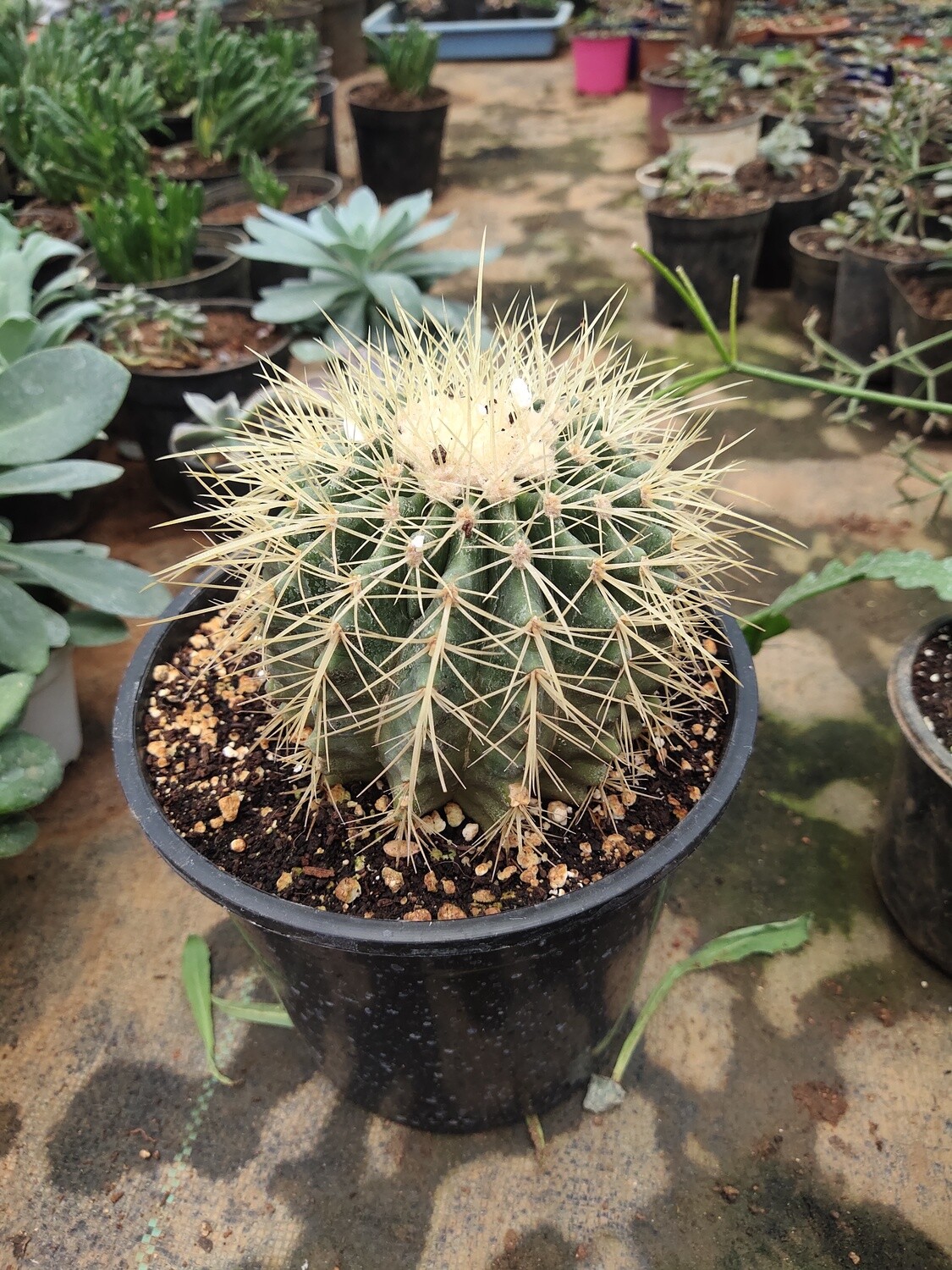 Echinocactus grusonii, popularly known as the golden barrel cactus, golden ball or mother-in-law's cushion, is a well-known species of cactus and is endemic to east-central Mexico. It is rare and endangered in the wild, where it is found near Mesa de León in the state of Querétaro, and in the state of Hidalgo.

Keep your cactus at low to moderate temperatures averaging between 50 and 75? during the day. The golden barrel cactus grows best when given plenty of sunlight. During warm months, you should water your golden barrel cactus on a regular basis whenever you start to notice the soil drying out.